Data Security: What is a Data Breach and What Can You Do to Prevent It? 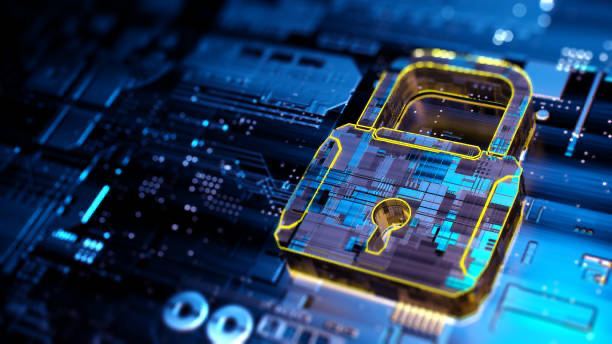 Every year, the sensitive data of millions of people is leaked onto the web, so it’s no wonder that data security is being taken more seriously than ever. Securing data against unauthorized access is vital, especially as we advance headfirst into a digital era with no signs of slowing down.

But how can we avoid data breaches? And what are the best practices to ensure data protection? Let’s start with the basics.

What is Data Security?

Put simply, data security refers to a set of practices for protecting your personal data from unauthorized access. This includes your databases, personal files, and accounts. Effective data security strategies can vary between multiple types of data and generally prioritize the most important data. This allows for more stringent security solutions for the most sensitive data.

Data security includes things like data encryption, multi-factor authentication, and passwords. It’s essentially any of the methods that you employ to keep your data – or your organization’s data – safe.

The most common threat that comes to mind is a security hacker. These are people who exploit vulnerabilities in a computer system, usually to access your data. However, hackers are more likely to target businesses and organizations than individuals—in fact, an organization is more likely to have its data compromised by an employee than a hacker.

Other data security issues could stem from phishing links that send you to false sites that look and feel the same, but operate under a slightly modified URL. This is why you should always double check when you follow links from an unknown sender. Any data you input into the fraudulent site could be stolen.

Data security also aims to protect you against malware. This is short for malicious software and can be used by an individual to gain unauthorized access to your private information. It can also be used to harm your computer, potentially destroying valuable data. Computer viruses also comprise a unique type of malware that is designed to spread from one computer to another.

In addition to fines, a business has to think about its reputation. If it becomes subject to a publicized data breach, it could permanently damage its reputation and drive users towards a more secure organization instead.

Each of these terms can be used in similar contexts, but the distinction lies in the way you secure data and the reasons why.

As mentioned above, data security refers to the methods taken to protect data from potentially being exposed. It helps you secure data so that it won’t be corrupted, leaked, or stolen.

Data privacy is more about consent. It usually relates to the way your data is handled. Think of collecting data from website traffic through the use of cookies; the user will be notified that their data is going to be stored. The user can then choose to accept, reject, or modify their cookies.

Data protection is less about security threats and more about backing up your data. It’s a way to avoid accidental data erasure. There’s no malicious intent behind it. Data protection is simply ensuring that you have a duplicate if a file becomes corrupted or lost.

What is a Data Breach?

A data breach is what data security aims to prevent.  The data breach definition is the “unauthorized access and retrieval of sensitive information by an individual, group, or software system.” It can be intentional or unintentional and often occurs without the knowledge of the data owner. There have been several huge data breaches in the past few decades, and there are surely more to come. This is to be expected when one centralized body is in charge of the security for millions, if not billions of users. When large amounts of data are stored on a centralized server, it becomes a prime target for hacks. A data breach could expose financial data, health information, and all sorts of other personally identifiable information (like addresses). To hammer home the importance of data ownership, here are some of the most memorable data breaches in recent history:

A relatively small hack of just under 500 images made waves because of the explicit content it featured. A group of celebrities’ private pictures, many containing nudity, were released to the public via 4chan. This came about because of a data security issue with Apple’s iCloud, which allowed the hackers to make unlimited attempts at guessing the victims’ passwords.

A group of hackers breached the systems of Yahoo and compromised the security information of over 3 billion accounts! Identity theft became a real possibility. It took three years for Yahoo to force its users to change their passwords and re-encrypt their security questions and answers.

The Facebook hack resulted in a database containing 540 million users’ records being exposed and leaked onto the dark web for free. Over 146gb of user data was released! To deflect scrutiny, Facebook has even rebranded to Meta. Read about the metaverse and what it entails here.

The British consulting firm, Cambridge Analytica, collected data from millions of Facebook users without their consent, predominantly for political marketing. In 2019, Facebook was fined $5 billion. Whistleblower Brittany Kaiser has gone on to say that our data is traded without our explicit consent and that we should own it and be paid for it.

She has since been voted in to the Cyber Republic Council here at Elastos!

Human data connected with over 700 million accounts (92% of the entire user base) was posted for sale on the dark web. To prove the legitimacy of the hack, the hackers released 1 million records for free. The data included:

With the rise of blockchain technology, data security and privacy have become even more crucial. If you are your own bank—or you own your own data—you are in complete control of your personal data security. There is no bank to look after your money; you are looking after your money. Likewise, with non-custodial wallets, methods for resetting your wallet password are limited because there is no centralized authority with the power to do so on your behalf.

For this reason, it’s wise to be clued up on some of the best practices for data security, especially in preparation for the increased responsibility we’ll take on with the implementation of blockchain technology.

Using authentication allows your devices to verify your credentials before giving you access. This is the first stage in data security and should be employed by everybody, especially on mobile devices that could easily get lost or stolen. Different types of authentication include passwords, PIN numbers, and biometrics.

Don’t forget to have unique, strong passwords for each account you create!

By using special data masking software, your sensitive data is obscured by switching numbers and letters for proxy characters. It will only return to normal for authorized users.

Data erasure makes certain that data is unrecoverable. It’s a great way of ensuring that nobody can access your data once you don’t need it anymore.

Similar to data masking, encryption transforms letters and numbers into an indecipherable code. Only authorized users can access the data.

By combining encryption techniques with a peer-to-peer network, we can create a private and secure communication network that will allow us to send messages, videos and files to one another seamlessly and without a middle man.

While it’s great to know these security measures that protect your centrally stored data, in the future, your data will be stored by you and you alone. Data breaches on this scale will be almost impossible in a decentralized world. As the network effect grows and more and more people, businesses and systems switch over to the blockchain, we will all be able to store our data ourselves.

This is already possible with layer 2 decentralized storage solutions such as Elastos’ Hive. It allows you to store your data individually so that a breach of a Big Data company like Google, Facebook or Amazon won’t affect you.

While you will still have to practice the data security measures mentioned above to ensure your devices are safe and secure, you will not have to worry about a centralized point of failure exposing your sensitive information to the world.

The decentralized Smartweb is already here – its called Web 3.0. It’s still in its early days, but if you want to ensure data security, you need to select your blockchain wisely. The Elastos blockchain is open-source and merge-mined with Bitcoin. It requires no additional energy, so miners receive ELA without using any further resources. With over 50% of Bitcoin’s hashpower, the Elastos

SmartWeb is in safe hands. But it’s not the only security component… In a hybrid consensus mechanism, Elastos also implements Delegated Proof-of-Stake (DPoS) to further secure the network by validating blocks in a fair and decentralized way. This makes the Elastos blockchain ultra-robust, leading the pack into the world of Web 3.0 and digital data ownership.

In an ideal world, we won’t have to rely on Big Data organizations to store our data. Only you will own the keys to your data.

That world is already here: learn more about Elastos.