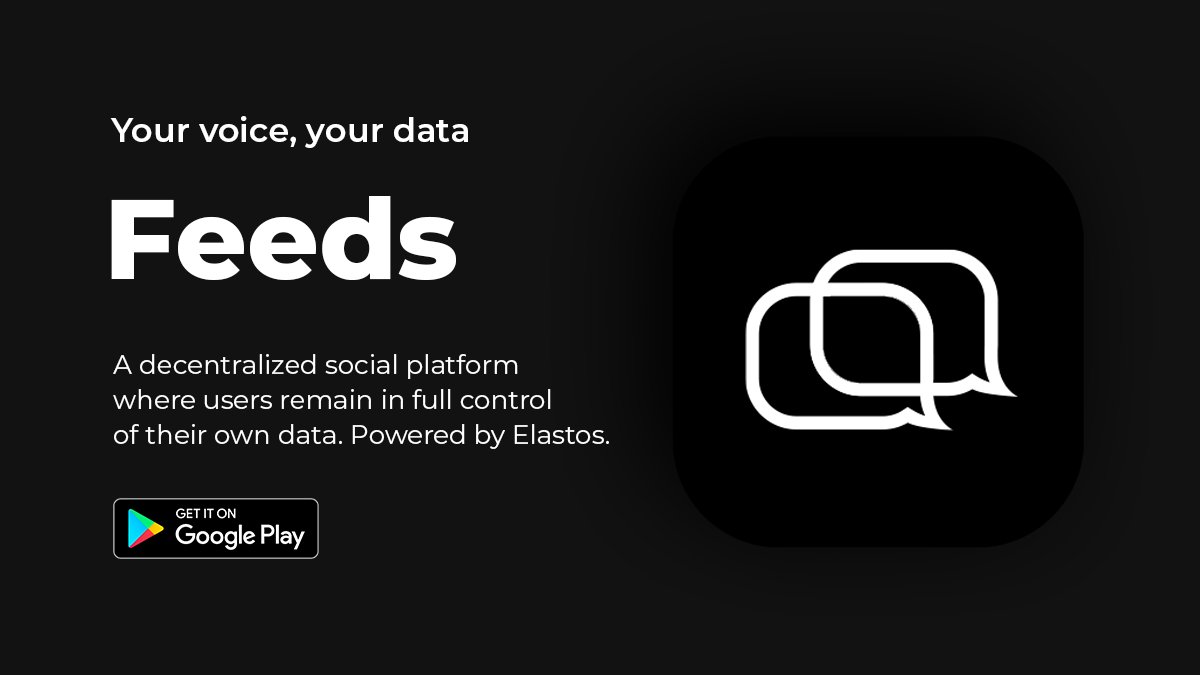 Elastos Info is pleased to announce that Feeds, the first decentralized social media application to launch in the Elastos ecosystem, has been officially released as a native application on the GooglePlay Store. By developing Feeds using Trinity Native, the Feeds team has made the application accessible in both elastOS as an independent Capsule, and in the Google Play Store, where it is available for free download.

Feeds: Social Media Without A Company Between You and Your Data

The conversation surrounding decentralized social media has never been more timely, with several prominent platforms making news around a possible future where decentralized technologies are integrated into the landscape. It is becoming clear that users increasingly want alternatives to the status quo, where platforms own and control all data generated by their users. Feeds is the start of a social media movement that puts users in full control over their data by building on top of a true decentralized infrastructure that includes decentralized IDs generated on a public blockchain, a P2P messaging protocol, and a data storage solution that gives users control.

With Feeds, users in the Elastos ecosystem are now able to socialize, interact, and express themselves using the following features:

DID Integration: Users can log-in securely using their Elastos-native IDs issued by the DID Sidechain.

Personalized Feeds: Users can generate and modify their own Feeds with particular groups and individuals they want to follow.

Decentralized Architecture: With Feeds, users can rest assured that their data is not being harvested, extracted, or surveilled, thanks to the decentralized infrastructure upon which Feeds was developed.

In the meantime, the Feeds team remains hard at work developing and integrating new features and upgrades that will be available in upcoming releases. The team is also focused on preparing the application for release on the Apple App Store.

To get started, download the Feeds application now at the following link:

And as always, to stay up to date on Feeds and its upcoming releases, remain tuned in here on the Elastos Info Blog.