Elastos and Ethereum: Leaders of the Web3 Future 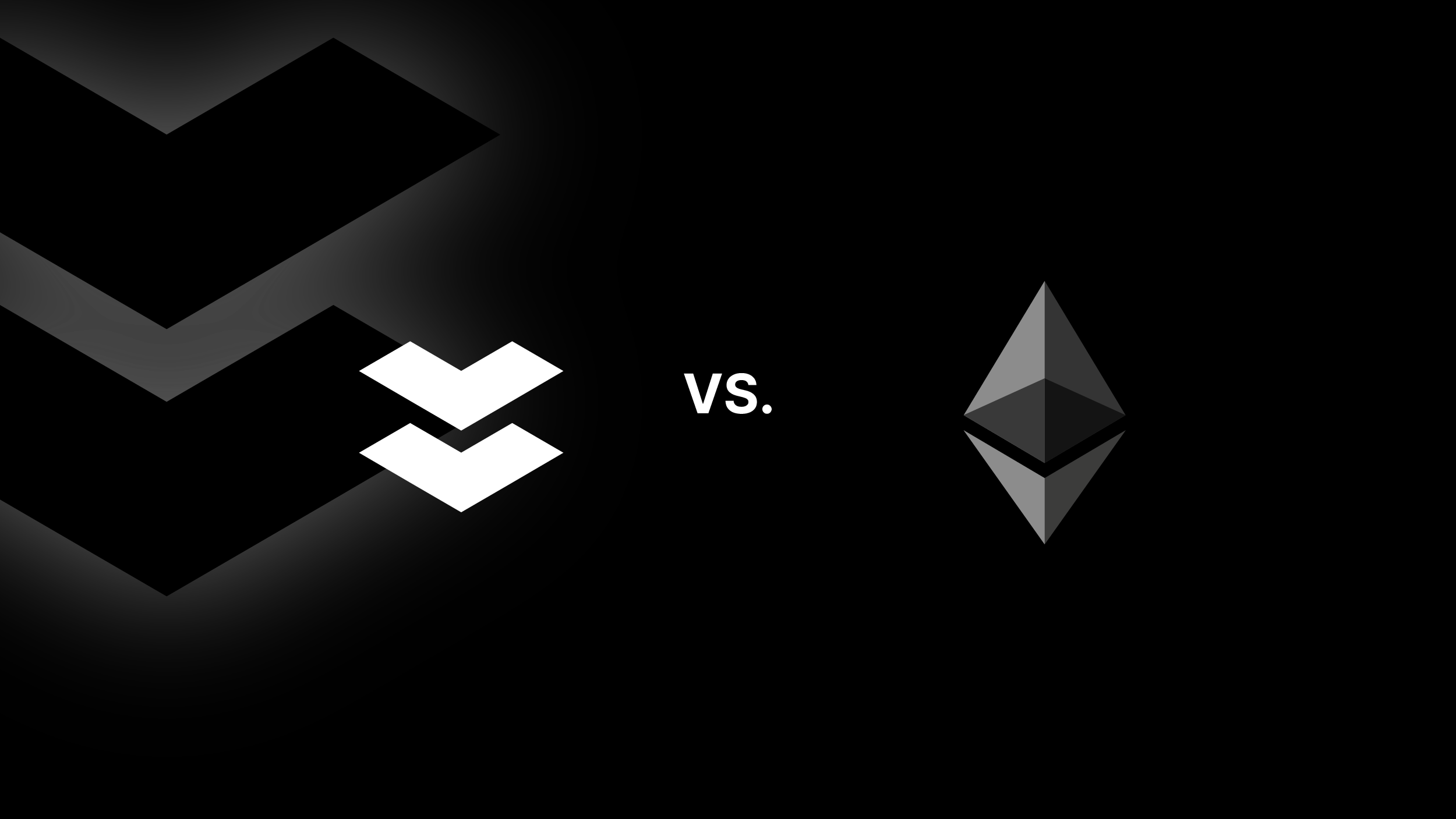 Since its 2017 inception, Elastos has been a trailblazer in the blockchain space, as a unique blockchain ecosystem playing a much-needed role amongst its Layer 1 peers – most notably, Ethereum. As the blockchain space has evolved in the five years since the release of the original Elastos whitepaper, Elastos has kept pace with Ethereum, developing and integrating an array of innovative tools and applications, from its native Decentralized Identifiers (DIDs) to DeFi applications and NFT marketplaces.

While Elastos and Ethereum share much in common in terms of both core principles and tangible network architecture, there is a great deal that separates the two blockchain ecosystems, and gives each a distinct role in the web3 paradigm already well within the horizon.

As independent blockchain ecosystems operating their own consensus mechanisms, Elastos and Ethereum both share a commitment to the principles of decentralization and censorship resistance – that is, to a world where application developers and users alike can engage the tools and services they enjoy online without being controlled, shut down, or otherwise censored by third parties. On this accord, Elastos and Ethereum support their own respective execution environments where developers can build and run decentralized applications (dApps) without dependence on a central authority.

Principally, both ecosystems draw on trustless architectures that employ networks run by globally distributed bodies of nodes. By operating with respect to rules that incentivize honest behavior and disincentivize collusion and other dishonest tactics, nodes and the ecosystems they support eliminate all possible singular points of failure.

Standing Out: What Self-Sovereignty Means to the Elastos Ethos

Since day one, Elastos’ commitment to empowering users to become self-sovereign individuals in the virtual space has differentiated its ecosystem from not only that of Ethereum, but from Layer 1 blockchains at large. While Ethereum and its many competitors – amongst them Solana, Binance Smart Chain, and Avalanche – aim to provide the fastest, cheapest, or most robust environment to host and run dApps, Elastos’ focus has been on providing a comprehensive web3 ecosystem where users own their assets, their data, and their identities – not the applications they interact with.

In addition, the entire Elastos ecosystem is fully accessible via the ecosystem’s flagship Super-Wallet application, Elastos Essentials. On Essentials, users can access Elastos’ breadth of decentralized tools and services such as Feeds’ social media application, in addition to their favorite dApps for DeFi, NFTs, metaverse experience, and more. This comprehensive tech stack is what sets Elastos apart from other Web3 projects, including Ethereum; it is also what enables true data control and ownership that goes beyond basic blockchain functions.

In the journey to produce a secure, decentralized, and sustainable ecosystem, Elastos employs a sophisticated hybrid consensus mechanism called Merge-Mining (AuxPoW + DPoS). In Elastos’ consensus, DPoS nodes validate blocks, but they do not produce and solve them. That role is taken on by Bitcoin miners – that’s right, the same ones that produce and solve blocks for the Bitcoin blockchain.

Bitcoin miners are incentivized to solve blocks for the Elastos blockchain because they earn a block reward denominated in ELA, the native token of the Elastos blockchain. And the best part: Merge-Mining does not require Bitcoin miners to expend any additional energy than they already expend solving blocks on the Bitcoin network. In this way, Elastos leverages the security of Proof-of-Work (PoW) without adding to the computational load required to secure its own blockchain.

Ethereum, on the other hand, employed its own robust PoW mechanism for seven years following its inception, but very recently transitioned to Proof-of-Stake (PoS) in a broader initiative to scale and reduce its environmental impact.

The ESC plays a major role in the Elastos tech stack, providing an EVM-compatible chain for smart contract execution. Thus, in addition to the breadth of platform services available in the Elastos ecosystem, users can explore their favorite dApps for DeFi, NFTs, and other innovative web3 applications written in Solidity. Plus, because the ESC is an Elastos-native chain, developers and users benefit from Elastos’ unique consensus mechanism in the form of both robust security and low-cost transactions – a true win-win for all.

2022 has been a year of great transition for the crypto space at large – one focused on breaking down the barriers to adoption once and for all, and forming meaningful relationships with traditional enterprises and mainstream users from beyond the Web3 space. Most prominently, this mission has forced crypto to face up to its loudest and most exacting critics, who have been honing in on scalability concerns for several years.

In 2022, the narrative surrounding scalability has shifted dramatically; whereas in the past critics pointed to computational demands of crypto’s leading Layer 1 ecosystems as being prohibitively expensive to operate at scale, recent innovations in the blockchain chain – among them DeFi and NFTs – have proven that the benefits of decentralized systems are so powerful as to outweigh its hefty costs for a substantial user base. Now, the greatest barriers to adoption for blockchain-based applications do not concern the financial costs of scalability borne by users, but of the environmental costs borne by electricity demands.

Simply put, PoW is cryptocurrency’s most robust consensus mechanism – both in theory and in practice. PoW supported both the Bitcoin and Ethereum blockchains for a combined two decades, and has effectively kept their networks decentralized. However, as in all PoW systems, as both the Bitcoin and Ethereum blockchains have become more popular and robust, so too have they demanded vastly increased energy expenditure in order to maintain – a cost which is ultimately borne by the environment.

Critics have warned that the impact of such systems operating at a global scale is simply unsustainable, and could spell disaster for affected communities.

The Bitcoin community has largely responded with staunch resistance to any modifications to its consensus mechanism, stating that PoW’s energy output is justified for producing and maintaining the most sound, decentralized money in human history. Both within and beyond the Bitcoin community, many individuals have expressed concerns regarding the security of PoS consensus, and further contended that PoW is a truly superior consensus mechanism, energy expenditure aside. On those grounds, many Bitcoiners believe there is space for one PoW public blockchain in the world, and Bitcoin is already well positioned to assume the role.

The Etheruem community, on the other hand, has been seeking out solutions for several years to enhance performance and reduce network congestion. As a virtual machine for decentralized applications (dApps), Ethereum’s PoW consensus has been less-than-optimal in the efficiency department, and it is for this reason that the Ethereum Foundation set out transition to a low-output (PoS) consensus through a process called the Merge.

Following successful Merges on Ethereum’s Ropsten, Sepolia, and Goerli testnets earlier this year, the Ethereum mainnet successfully completed its Merge with the Beacon Chain in mid-September, thereby completing its transition to PoS consensus.

The Elastos Ecosystem: The Best of All Worlds

Originally designed for the blockchain trilemma of 2017, Elastos’ debut whitepaper presented one of the crypto space’s most exciting and innovative blueprints for network architecture: a blockchain ecosystem that supported robust security, uncompromising decentralization, and virtually infinite scalability via its Main Chain-Sidechain Architecture. To this day, developers can launch applications on Elastos’ Sidechains in order to avoid congesting the network, or even create new sidechains of their own. There is no limit to the number of sidechains the Elastos Main Chain is capable of supporting, so application performance does not become an issue.

In conjunction with its innovative architecture, Elastos employs its hybrid consensus mechanism, AuxPoW+DPoS, to achieve scalability and robust security without taxing the environment. First, DPoS is a modified form of PoS that employs a democratic process to elect community organizations, individuals, and members of the Cyber Republic DAO’s CR Council to run nodes that validate blocks in its consensus mechanism. And, because Bitcoin miners produce and solve blocks via merge-mining – all without expending any additional energy, Elastos offers users and developers alike a decentralized ecosystem to run dApps that is both scalable and environmentally friendly.

Today, Elastos is supported by more than 50% of the hashpower of Bitcoin’s PoW consensus, making it a robust, decentralized, and scalable network for dApps that doesn’t leave the environment out to dry.

Their differences aside, Elastos, Ethereum, and other prominent public blockchains are paving the way for a decentralized web3 future, where a diverse network of ecosystems provide and protect users and the applications they enjoy.

Want to learn more about Elastos’ consensus mechanism, community DAO, and approach to environmental sustainability? Follow the official Elastos Info Twitter Account, come check out the Cyber Republic DAO’s official website, and swing by elastos.info for the latest on all things Elastos.