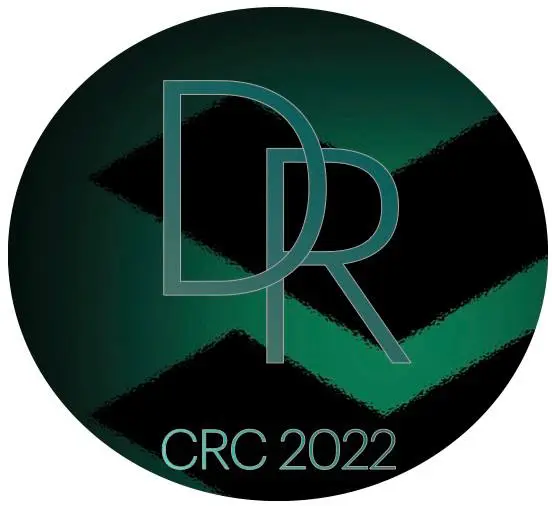 What is your field of expertise?

While my studies in college were in material science and mechanical engineering, I found my calling in design engineering using computer aided design (CAD). The scope of work I do is design, developing, quote/price-out, engineering, and manufacturing the cosmetic displays one would see in an airport duty-free shop or a department store.

I have been at my current job for almost 10 years and have worked my way up to department manager of my business unit. Using my experience in the field I am able to help groom new engineers and unite different departments using my social skills. I hope to be able to apply these skills to the CR Council if I were to be elected.

What is your goal with Elastos by the end of the council’s next term?

My goal with Elastos for this upcoming term is to help make Elastos prosper; both socially and economically. While I am understanding of people’s real world obligations to their jobs and families, as well as any other projects they may be working on (in the crypto-space or otherwise), I feel it is important to be vocal with the community and have constructive back and forth discussions with the community. This is something that I have seen somewhat lacking in some previously elected members; lack of community engagement.

As an elected council member you are acting as a representative of the community as well as the opinions they hold.

What is the main issue with ELA, looking at its market performance (dropping out of top 100, currently sitting 500+ in terms of MC)?

There are many issues that are plaguing ELA token price at the moment; some which we are in control of (listing on exchanges), and many in which we aren’t (overall market sentiment). However if I could point out one glaring issue is the lack of liquidity as well as trading options in the US market.

In other markets such as APAC and EMEA, there are more exchanges to choose from, however in the US market, unless you are listed on a small selection of top tier exchanges it is difficult to trade ELA unless you are comfortable with relatively small exchanges such as Kucoin or using a DEX, which needs a more technical know-how of how to use it. Being able to reach out to the crypto-layman will help with the liquidity issue of ELA as well as increase market share and overall visibility.

What should be Elastos’ killer dApp in your opinion?

Not a dApp, but rather a concept; I believe that having a digital identity (DID) will be the next frontier in the internet’s evolution. As we have become more and more incorporated into the digital world in the past decade or so, it will be important to be able to have a digital fingerprint to prove who we are.

How are you going to contribute to the CR Council if you get elected?

One of the glaring issues in the past has been the speed to vote on active proposals. I promise if elected to have my election locked in within the first 72 hours of any proposal alongside a thorough response. No one word “yes” or “no” replies to votes. One week is an eternity in the world of crypto.

Recently we have all witnessed a Top-10 market cap coin collapse to a fraction of what it once was in less than a week. A lot can happen in a week. While I understand the importance of taking time to read proposals and properly judge both pros and cons, the fact of the matter in this atmosphere, time into the market is almost as important as what you are bringing to the market itself.

If you are running for your first time, please introduce yourself to the community. Tell us a little about your background, prior experience, and personal vision for Elastos and Cyber Republic. Or, if you are a former council member, please share your contribution to the CRC that you have made.

My actual name is Dan. I am used to using DR for work to sign documents so that has somewhat stuck. As previously mentioned, I am a design engineer. I have always been a hands-on type of guy. I always wanted to design cars from when I was a kid, but when I realized my last name wasn’t Ford or Dodge, I had a harsh realization that that wasn’t on the cards for me.
While my professional technical background isn’t directly beneficial to the technical side of Elastos, such as coding, my managerial experience has been able to benefit me both in the workplace as well as outside. I feel that I would be able to translate some of these skills into the position of CR Council.

I learned about Elastos back in 2018. After hearing about the Cambridge Analytica scandal and how Facebook and other social media can influence people’s opinion without them even noticing, I realized the importance of how centralized data can be used as a weapon against the people it was designed to help benefit. While I have been a long time community member only recently have I become more vocal and involved with the community.

At the end of the day, I am just your average Joe trying to help Elastos succeed and meet its fullest potential. There is so much untapped potential in the community, core teams, and projects; we just don’t know it yet.

Would you say the design of suggestions and proposals, and the CRC in general, has been effective? What could be improved?

The design of the suggestion-proposal system works, but as MButcho and Nenchy have brought to the table, there is definitely room for improvement. As previously mentioned, time to the market is important. If we are consistently waiting 6 days just for someone to look at the proposal, that is an issue, especially if they can’t chain their vote in time. Many proposals can be addressed in a few days rather than the complete voting period.

The lack of voting has caused many good proposals to fall by the wayside. This is a shame because the penalty for missing a vote is not severe enough considering the magnitude of each vote when there are only 12 elected ballots cast.

Who else would you endorse for being on the Council with you?

Is there anything else you would like to add?

Joking aside, while it may seem like things run at a snail’s pace in the Elastos-world compared to the rest of the market, it allows us to think about each decision before making any rash decisions that may harm us in the long run. At the end of the day, we are still a relatively young community. This would be only the third council. Yes, we have had growing pains, and I am sure we will continue to have them, but when you stop growing and learning from the mistakes that you make and have general stagnation, that is when the wheels start coming off the machine.

Please, everyone, feel free to reach out to me on Discord if you have any questions regarding myself and my stances on topics regarding Elastos.

This article originally appeared on the Cyber Republic Blog