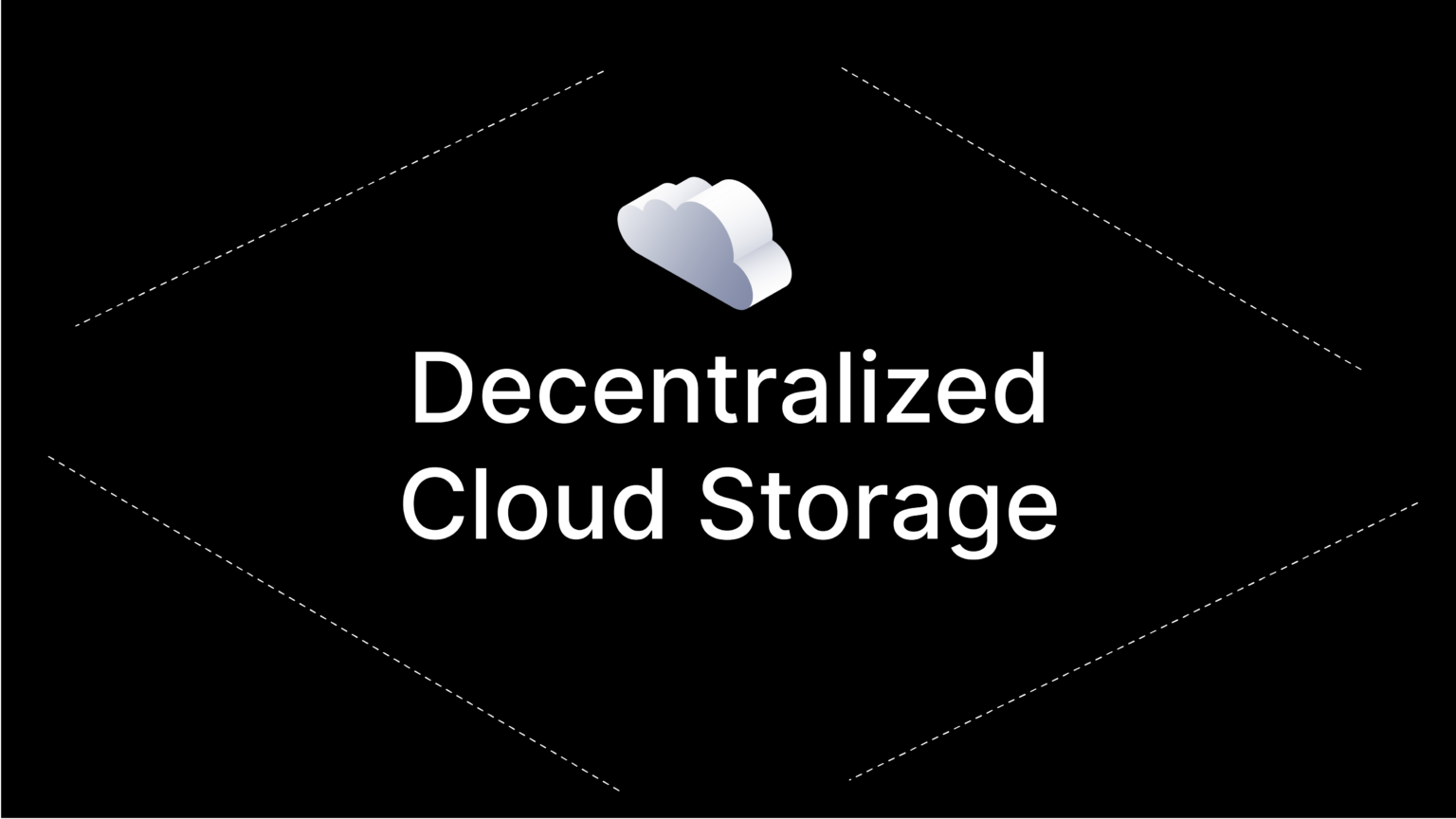 It’s inevitable that centralized cloud storage systems will be replaced in the near future. They pose security and privacy concerns, but right now, they’re all we’ve got.

What are the current centralized cloud storage systems?

The main player in the cloud storage game is Google Drive. You may have heard of it. It has over 1 billion users, but it’s not nearly as private or secure as it could be.

Despite the growing security concerns, over 94% of businesses store data in some form of cloud storage. It’s far easier to store data in the cloud than to do so physically or on your own hardware. However, this makes cloud storage providers big targets for hacks. They contain a gold mine of data that can and have been breached numerous times. With all our data in the same centralized location, we’re almost asking for a disaster.

During the COVID-19 era, national lockdowns forced many people to work online, contributing further to the dominance of centralized cloud storage.

The downsides of current cloud storage reach beyond just privacy and security however.

So how does blockchain data storage solve these issues? What is decentralized cloud storage exactly?

What is a decentralized storage system?

Let’s break the phrase down.

Decentralization is the act of transferring authority from a central entity to a distributed and more democratic group. In essence, it’s giving power to the people. You can read more about the advantages of decentralization here.

Storage, on the other hand, is retaining retrievable data on an electronic device of some sort. What used to be floppy disks and CDs has now transformed into an illusory cloud made up of servers run by paid storage providers.

A decentralized storage system then empowers users to store their files (large or small) without becoming reliant upon massive centralized silos of data. The call for decentralization in regards to data storage is gaining traction due to the current centralized authorities undermining the importance of values mentioned earlier: privacy and security.

Decentralized storage is fundamental to the concept of web 3.0, or web5 as ex Twitter CEO Jack Dorsey likes to call it. How does decentralized storage work?

A decentralized cloud storage system breaks your data into small, encrypted chunks. By taking advantage of a peer-to-peer network of nodes, with each node holding a fraction of the overall data, you get a robust framework for data storage and sharing. At its core, it’s not limited to blockchain technology; rather any peer-to-peer network will do.

You can compare it to the early days of P2P torrenting services like Limewire in which you could download music, videos or other files. The way the system worked was simple: participants would keep copies of the file and seed (send fragments of the file) to users on the network. The downside to this was that there was no incentive mechanism for the network participants to remain active or online.

A decentralized storage network would follow a similar path, only with more advanced cryptography and encryption, as well as the much-needed incentive mechanism. This lowers the overall cost of storage for both business and regular users. If a hacker were to breach one of the seeders, they would only have access to a small piece of the jigsaw, not the entire puzzle.

It’s important to remember that blockchain-based storage systems never store data directly on the blockchain. Instead, each and every user can participate by storing and hosting servers. Even small entities that join the network will provide computing power and extra space to store data.

So what makes decentralized storage better than centralized?

Decentralized storage solutions enable you to trustlessly keep your data safe and ensure you stay in control.

As you can see, none of the disadvantages are deal-breakers, and many of them will resolve themselves with enough time.

There are a handful of crypto projects on the market that are already working towards a decentralized solution to cloud storage. Here is a non-extensive list of seven of them, ordered by market cap at the time of writing.

Filecoin is a decentralized storage network based on the IPFS protocol. It aims to utilize unused data storage space globally, creating a market for users to buy low-cost storage.

IPFS, or Interplanetary File Storage, is a protocol that creates new ways to serve information online. Instead of location-based URLs that work with IP addresses, IPFS serves information based on what it is.

How does IPFS work?

What are the benefits of IPFS?

BitTorrent is a peer-to-peer protocol that enables users to share files around the world. The token enables the sharing and trading of storage resources on the TRON blockchain.

Siacoin is a decentralized cloud storage platform that aims to compete directly with centralized storage solutions like Dropbox. Instead of the user renting storage space from a centralized entity, they rent it from their peers, and use blockchain to facilitate transactions.

Ocean Protocol is an ecosystem for sharing data. It provides a tokenized service for decentralized storage.

MaidSafeCoin serves as a token for the SAFE network, a decentralized network that consists of extra hard disk space, processing power and data connectivity of its users. It’s a sharing economy for digital resources.

Storj is an open-source decentralized cloud storage platform that provides end-to-end encryption using blockchain technology. Like Siacoin, it relies upon a peer-to-peer network of users that share their data storage space. It intends to be faster, cheaper and more secure than traditional platforms.

Where does Elastos fit in?

Elastos’ decentralized storage solution is Hive. Hive technology is open source and integrates with the other components of Elastos, such as Carrier (P2P network), DIDs (Decentralized Identities), and the Elastos Smart Chain (ESC). Elastos also has its own DAO which means the community itself determines the direction of development. And don’t forget, Elastos is merge-mined with Bitcoin so it gets the security of the big daddy itself.

Hive offers developers an all-inclusive package, empowering them to build their entire platform in the Elastos ecosystem. New projects can utilize all aspects of the Elastos Smartweb—all aspects of web 3.0. For example, imagine an app like LinkedIn, where you can use your DID to verify your credentials, the peer-to-peer network to communicate and send data back and forth without a middleman, and the decentralized storage from Hive to store your data securely.

Read more about Hive and how it works here.