DAO Meaning: What is a Decentralized Autonomous Organization? 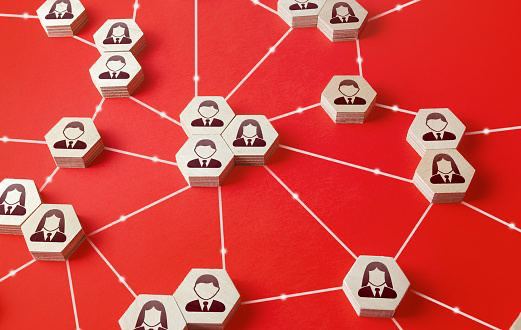 To avoid any confusion between blockchain technology and the philosophical beliefs of 4th century BC China, let’s clear up the DAO definition straight away.

What does DAO mean?

DAO is an acronym, so if you’ve been wondering, “What is DAO short for?” then we’ve got your back.

What is a Decentralized Autonomous Organization?

A decentralized autonomous organization (DAO) is an entity with community governance and no centralized leadership. Network participants follow a specific set of rules that are enforced by smart contracts on a blockchain.

In essence, it’s a blockchain protocol with open-source code that doesn’t need intermediaries to execute it. After a DAO officially launches, its code can only be altered through a consensus within the community. This is one of the many benefits of immutable blockchain technology: it’s tamper-proof.

Investors and stakeholders can participate in governance by suggesting, passing or
rejecting proposals put forth by members of the community.

DAOs are purposely structured to give power to the people. Why do we need decentralized organizations?

Cryptocurrencies are decentralized by design. They aren’t controlled or governed by a centralized body; rather they act like a network of nodes — in some cases, literally — that grows stronger as more people and devices participate.

If a cryptocurrency is technologically decentralized, then it would make little sense for it to be owned and managed by a centralized authority. This is why it’s been notoriously difficult for large centralized authorities to get in on the crypto hype with their own coins. Digital currencies are meant to be trustless.

By creating a decentralized autonomous organization, we can trust code, even on the business side of things. Why place your trust in a government or central bank when you could create a smart contract that follows a predefined set of rules and never wavers? A DAO can even operate with a multisig crypto wallet that only allows transactions if the majority of members agree.

This is the gamechanger that a DAO brings to the table.

What is the history of decentralized autonomous organizations?

Dan Larimer, inventor of DPoS (Delegated Proof of Stake) and founder of EOS, Steem and BitShares, was the first to advocate the concept of a DAO. Ethereum co-founder Vitalik Buterin, contributed in 2016, too.

In April of the same year, the first truly decentralized organization was formed, called DAO. After a month-long public sale, it had raised more than $150 million in funds, making it (at the time) one of the largest crowdfunding projects in history.

It was only a few months later when it all went downhill for DAO. By June 2016, hackers managed to exploit a bug in the code of the DAO smart contracts and access 3.6 million ETH. A one-year-old Ethereum was on the verge of collapse.

Vitalik Buterin suggested blacklisting the hacker in a soft fork of the Ethereum network, but an open letter was released that claimed the funds had been taken in a legal way, due to the set of rules that made up DAO’s smart contract. Legal action was threatened against anybody who attempted to seize the ETH.

In an attempt to bribe Ethereum miners to prevent a soft fork, the hacker allegedly offered a share of 1,000,000 Ether and 100 Bitcoin.

In the end, a hard fork was decided upon. The Ethereum blockchain that you know today is the one that implemented the hard fork, rolled back the blockchain, and continued as if the hack never happened. There was a smaller section of the Ethereum network that refused to revert the blockchain. This is now known as Ethereum Classic (ETC).

Exchanges de-listed the DAO token in September 2016 and the idea of decentralized autonomous organizations faded into obscurity.

While the original decentralized autonomous organization (DAO) hasn’t returned, there are plenty of others that have implemented the same idea.

Dash is probably the first true example of a DAO. The project utilizes a community governance mechanism that allows stakeholders the right to vote on the use of treasury funds. By holding the DASH token, you have a right to have your say on the future of the network.

With the rise of decentralized finance (DeFi) and liquidity mining, it has become popular for a protocol’s native token to confer voting rights for community governance. This is one of the reasons DeFi is such a hot topic. For the first time ever, there’s a legitimate alternative to the traditional financial system. And you get to have a say in how it operates. Welcome to the dawn of a decentralized internet.

While it appears there are still some worries about the legality, security and immutable structure of a DAO, it’s looking more and more likely that they are here to stay.

It’s been suggested by some that many traditional organizations will eventually convert to autonomous business structures, embracing distributed ledger technology with open arms. While we can’t see the future, we can look at examples of how a DAO can empower stakeholders by providing funding in the form of tokens.

To stay on the topic of DAOs in decentralized finance, think of MKR. The Maker Foundation announced its dissolution earlier this year, handing over nearly $500 million to the community in the form of a DAO. This huge amount of wealth will be funneled into development, the direction decided upon by community proposals.

In a similar fashion, the Elastos Foundation intends to dissolve and hand over the reins to the Elastos DAO, Cyber Republic, sometime in the future. Fortunately, Cyber Republic also has a separate fund from which the community can support ecosystem development.

Use Cases of DAOs

The use cases for a fully decentralized open-source protocol with a transparent community consensus voting system are nearly endless. The concept is one that could revolutionize democracy. Imagine a secure and trustless method of voting in a general election. DAOs are a huge step in that direction.

To bring things back to the Elastos DAO, the most recent Cyber Republic suggestion aims to give investors and stakeholders an even bigger share of power. If successful, it will provide funding for 1 ecosystem project per month that investors can vote on directly through their Elastos Essentials Super-Wallet. This will be verified and secured through the power of Elastos’ decentralized identities — just one of their many use cases.

The invention of smart contracts has opened a whole new world of possibilities when it comes to decentralized autonomous organizations. While distributed ledger technology has been around for decades, smart contracts themselves have only been around in tangible form since the inception of Ethereum, back in 2014. This exciting technology also provides near-endless utility to NFTs.

If we extrapolate on the rate in which developers are innovating in the crypto world right now, it seems highly plausible that the structure of DAOs, and the smart contracts that power them, will only become stronger and more user-friendly. There will be less monetary and data security concerns as code improves with time too. You only have to look at how much work is going into building the technology behind the metaverse to realize how quickly we are advancing. We’re in an unprecedented age.

Wyoming recently passed a bill that allows DAOs to become legally registered entities, protecting its individual members against any potential legal issues. This also enables them to do business in the same way as traditional organizations, something that hasn’t always been possible with DAOs.

By becoming a legally registered entity, a DAO can formally interact with the rest of the world’s entities, striking up new connections and partnerships.

The Elastos DAO, Cyber Republic, is currently going through the registration process.

The Cyber Republic Council of Elastos is a DAO that features 12 annually elected members who vote on proposals suggested by the community. With over 3 years since the DAO’s launch, it’s starting to pick up steam in terms of community engagement.

The Elastos community is actively engaging in debate and discussion around proposals and making their voices heard.

The DAO is experiencing growing pains — there’s no doubt about it — but it’s necessary if it’s to become a truly decentralized form of community governance. Don’t forget, anyone currently involved in a DAO is a pioneer in a new form of governance and organization. This is the beginning of web 3.0.

Using the native token, ELA, anybody with 5,000 ELA can apply to be on the council. Each annual election cycle, investors and stakeholders vote on who they wish to represent them.

To make a suggestion, create a proposal, or simply learn more, check out Cyber Republic’s website.