A Decentralized Internet: What are the Advantages of Decentralization? 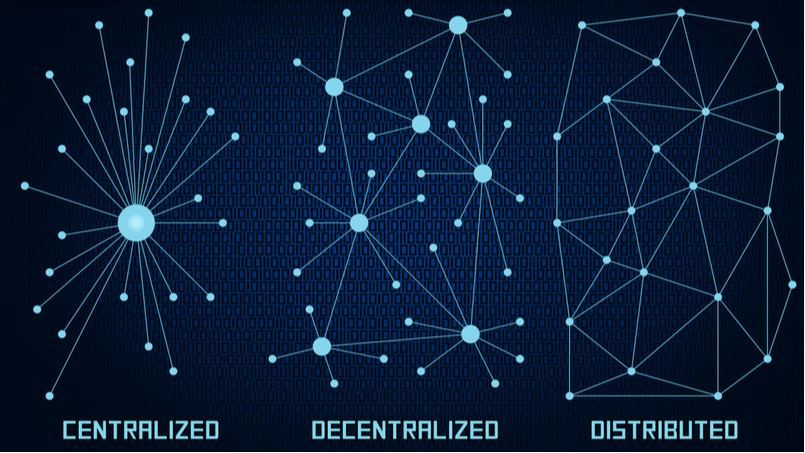 At the time of writing this article, Facebook, Instagram and WhatsApp are all down. There have been reports that Facebook has been hacked (again) and that the biggest data breach in its history is unfolding right before our eyes.

Our data, mine and yours, is at stake right now.

More decentralization, also known as Web 3.0, of which Elastos is an industry leader.

With the rapidly advancing adoption of Bitcoin and blockchain technology, the topic of decentralization is becoming more and more prominent, and today is just another example of why it’s so crucial that we talk about it.

There are advantages and disadvantages to both centralization and decentralization, but in the digital world, where your data and wealth are at stake, there is one clear winner.

As always, let’s start with the basics: what does decentralized mean?

There are two primary lenses through which to look at decentralization: human organizations and technology.

For example, a small independent business with few employees would most likely be run by one manager who makes the final decision on everything. This creates a focused and aligned brand, but it can be very time-consuming and energetically draining for the manager, and unfulfilling for the other workers.

In a decentralized organization, like the DAO of Elastos, Cyber Republic, decisions are more democratic. A proposal is suggested and then voted upon by a council of 12, who are in turn annually elected by the community.

To understand decentralized technology, it’s best to have a grasp on the concept of centralization in the digital world. Using networks as an example, a centralized network is essentially a network with one central point of failure. All the information and data derives from one server. Think about the tech giant, Facebook. They own your data and store it centrally along with everybody else’s. They continue to monopolize the Big Data industry, buying up Instagram and Whatsapp. This is how 1.5 billion people’s data can be stolen and sold on a day like today.

If a hacker were to bypass the security systems of a Big Data company (which they have), it would put your data at risk. There have been a number of data breaches in the past that have resulted in the release of personal information, and today is just another example of the growing problem, but what can we do? We don’t really have an alternative on the current internet.

A distributed network ensures that data depends on multiple sources. The most important thing is that these sources are not centrally governed. Anybody can join a decentralized network and contribute. It could be me or you. The more nodes there are in a network, the more powerful the network typically becomes.

How is data validated in a distributed network?

Every transaction on a decentralized network must be validated by all the nodes around the world. Only when every single required node has validated the transaction can it be recorded on the blockchain ledger.

Blockchain-based networks are decentralized by their very design. This provides extra protection to your data in case of a security breach. Instead of just one measly point of failure, a decentralized network would need to have all nodes fail simultaneously in order to destroy the network.

Similarly, a decentralized network cannot be stopped or controlled by a centralized power like a government or big business. It is eternal. This is because the network would need to unanimously decide to cede power, i.e every single node would have to either fail or voluntarily agree to shut down.

Advantages and Disadvantages of Decentralization

Own your own data

On a decentralized internet, you won’t need to trust Big Data companies (who make money from monetizing your data) to store your data. Ironically enough, former Twitter CEO Jack Dorsey is trying to rebrand the decentralized internet (web 3.0) to web5 in an effort to disguise the fact that he used to run one of these Big Data companies. You can and will store data yourself. You can and will store it yourself. Blockchain-based decentralized storage solutions such as Elastos’ Hive, empower you to keep the keys to your data, just as you do for your cryptocurrencies.

With the power of decentralized identities, we will be able to contribute to an equal and shared online space, a metaverse.

It would take an enormous amount of power to bring down a distributed network. As mentioned earlier, each node in the network would need to be attacked separately. As each node only carries a fragment of the data, in order to steal somebody’s personal data, they’d need to bring down the entire network.

Think of medieval times. It sounds logical to have a castle that protects all the people, but this only makes it a target. Destroy the castle and you destroy the entire city. You only need to try and open your Facebook app right now to see that the castle is currently being invaded.

In a decentralized network, everybody has their own castle. To destroy the ‘city,’ you need to destroy everybody’s castle. The extra power needed for such a task makes it a fruitless effort.

In terms of business, decentralization facilitates diversification. Basically, if the decision-making authority is divided, then it becomes easier to branch into other areas and diversify as a business into different product lines.

On a decentralized internet, this would make it possible to revolutionize the vast majority, if not all, of the different facets of web 2. You don’t need one organization working on every single thing; rather you can have multiple organizations working on their own specific niches within the overarching world of web 3.0.

In an organization, people want their voices to be heard. If they are able to make decisions within their own area of specialization, this can be an incentive even greater than money. It motivates people to work harder because they have more decision-making responsibility.

This is also one of the big advantages for the online decentralization movement. The network effect grows as more and more people get involved and contribute towards important decisions. In a decentralized autonomous organization (DAO), the community is the authority. They have shared control. All decisions can be voted on democratically so that there is no need for management roles in the way we know them today.

If each aspect of an organization is autonomous, it can make it difficult to come to a coherent decision. The overall process and uniformity can be damaged as a result.

Things like government intervention can thwart the progress of a decentralized organization. It’s almost impossible to stop in its entirety, but things like bans on cryptocurrencies can certainly put the brakes on expansion and adoption.

Without top executives overseeing an organization, it can be difficult to plan strategically for the future. This is especially true of a decentralized autonomous organization in which proposals are voted upon by the community or an elected council. This is because it requires a decision-making authority to propose the future of the entire project or ecosystem. Of course, this could be a community member, but it requires willpower and proactivity and will likely start as an unpaid contribution.

The real issue with decentralization comes in the form of energy. It’s all well and good to have a decentralized network that cuts out the middlemen and provides data security and digital equality, but the more users there are in a network, the more energy is needed to perform a task.

To provide the same smooth experience as a centralized network, decentralized networks, like Proof-Of-Work blockchains, need large amounts of electricity and processing power. If too many requests are sent to a decentralized network simultaneously, then the requests can fail. This happened on Ethereum in 2017 during the Cryptokitties craze. Too many transactions clog the network, which is why there are constantly new blockchain networks popping up to try to solve the scaling issues. The Ethereum Foundation is also trying to solve these issues; the long-awaited Merge upgrade represents the first step in a series of several transformational updates that intend to reduce energy and improve transaction speed.

The environmental impact of NFTs has become a talking point in recent months, but this can only be construed as a good thing; there are teams actively working on a solution to the energy consumption problem.

Elastos attempts to solve the scaling dilemma by utilizing side chains. Instead of having every single transaction run on one ledger, Elastos runs multiple ledgers side by side, each one serving a different function. This should be able to scale infinitely because it can continue to create new side chains.

As blockchain technology advances, which is happening at an exponentially faster rate, the disadvantages of decentralization become more and more irrelevant.

As mentioned earlier, the blockchain train is going full steam ahead. There are no signs of slowing down. In fact, as the network effect grows exponentially, the train is approaching terminal velocity. The decentralization revolution is imminent.

While Bitcoin gave users the opportunity to own their own wealth, and Ethereum enabled smart contracts to be performed on the blockchain, it’s Elastos that’s combining the best of both worlds to revolutionize the way we interact with the web. It will provide the fundamental base layer to a provably fair metaverse, too.

The decentralized SmartWeb will consist of peer-to-peer networks that keep you in control of your data at all times. The whole point of a decentralized internet, of Web 3.0, is to cut out the middleman of every industry.

Want to send a message to your friend? Why route it through a centralized server when you can send it directly? The user interface of dApps may not rival the centralized apps of today just yet, but it won’t be long before it is.

Want to buy a product online from a big marketplace like Amazon or Alibaba? Why let these centralized organizations take a huge cut and monopolize the market when you could buy the product directly from the seller and vice versa? A decentralized marketplace is possible by utilizing NFTs on web 3.0.

The same can be said for Uber, YouTube, or any other service that interacts with the digital world. A decentralized network strips the need for a middleman. This is why the advantages of decentralization far outweigh the disadvantages. Decentralized systems will restore the web to its intended form: a decentralized internet of things.

All of these benefits are without even mentioning the additional security that decentralization brings. When you own your data, it is secured by you. There is no centralized authority storing and controlling your data. You and you alone own it.

If a centralized organization is hacked, it could potentially expose the data of millions of people simultaneously, from addresses, to pictures, to emails. Decentralization provides a huge boost to data security.

Decentralization is fundamental to Web 3.0. The primary difference between Web 2.0 and Web 3.0 is that Web 3.0 is restoring the original intent of the internet through trust in immutable code, not in centralized companies.

Quite simply, Web 3.0 is inevitable. Join Elastos and embrace the early stages of the movement.